In my last post, I described the then-upcoming "Sounds of Italy" concert in Palo Alto, California, given by the Amici Americani and Oxford Street brass quintets.


The program was Italy-related, and some of my brass quintet works were performed, including my popular three-movement suite, Italian Postcards, my palindromic fanfare, Toot, and the world premieres of my original four-movement suite, Ricordi d'Italia, and my arrangements of two 17th-century Roman choral works by the Costantini brothers, Fabio and Alessandro, entitled Two Roman Motets. My arrangement of Giovanni Gabrieli's Canzon Septimi Toni No. 2 for large brass ensemble was also performed, by joining the Amici Americani with the Oxford Street Brass.


Ricordi d'Italia fulfilled a commission to compose a piece for brass quintet based on my experiences in Italy during the summer of 2014. It's a great story with lots of photos. Read more here.


Click here for a YouTube video montage of excerpts from each of the four movements of Ricordi d'Italia. The audience sing-along in the third movement, Bella Valentina, is optional, but loads of fun!

I arranged Two Roman Motets in honor of my many new friends in the lovely small town of Staffolo, Italy, especially those in the town band. It is dedicated to the band's director, Maestro Samuele Faini.

Brothers Fabio and Alessandro Costantini, whose lifetimes extended from the late 16th century well into the 17th century, were long thought to have been born in Staffolo, and while recent research suggests otherwise, they are still revered there. Both Costantinis held church music positions in Rome and elsewhere, playing organ and composing choral music.

Click here for a YouTube video of the Amici Americani playing the first of the Two Roman Motets, "O Admirabile Commercium!" by Fabio Costantini. 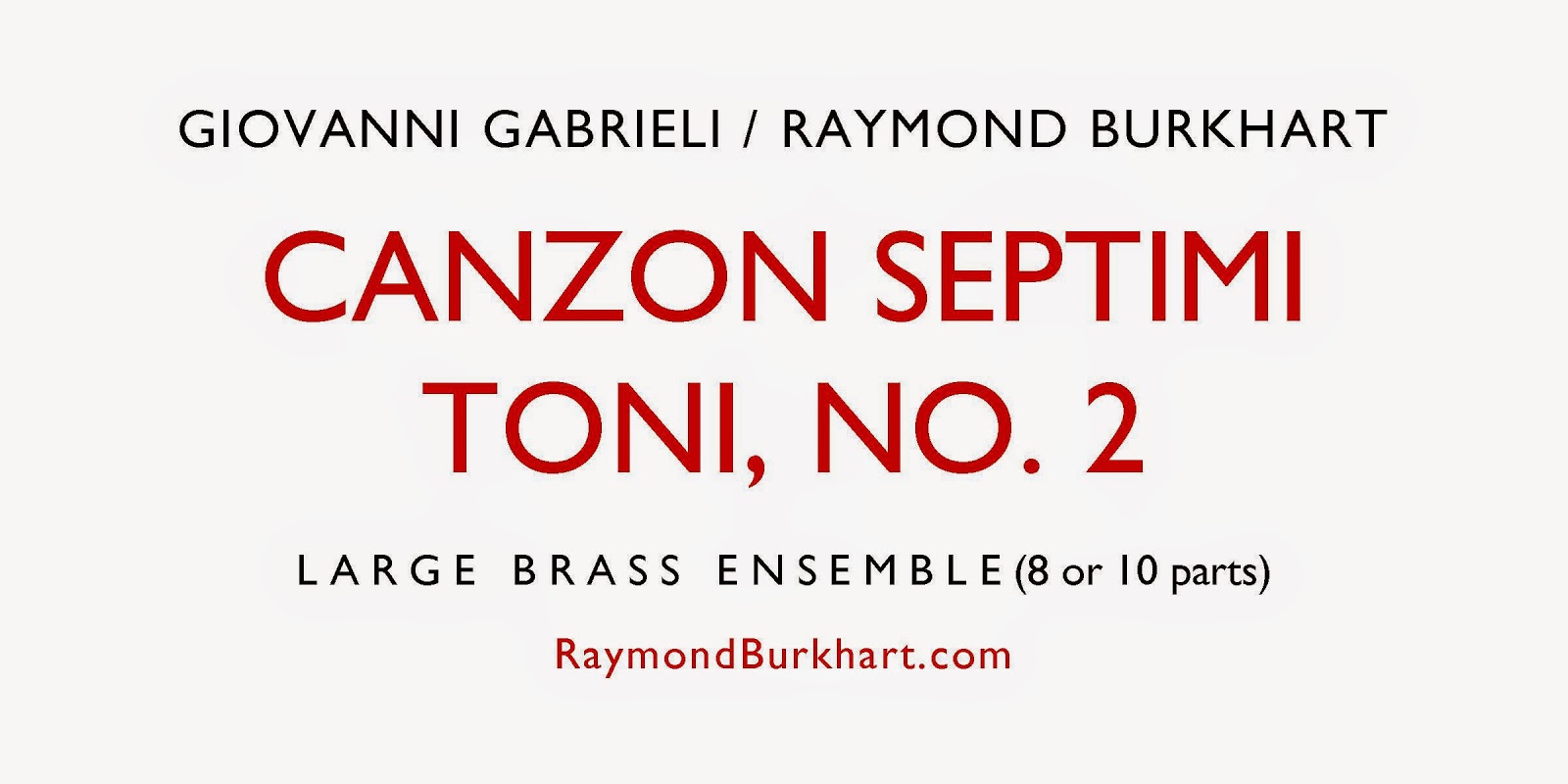 Ricordi d'Italia, Two Roman Motets, and my arrangement of Giovanni Gabrieli's Canzon Septimi Toni No. 2 for brass ensemble (eight or ten brass) will be published soon and available for purchase from my online store. See RaymondBurkhart.com.


Chamber music is often called 'the music of friends', and so it was with the commission of Ricordi d'Italia, the arranging of Two Roman Motets, and the Sounds of Italy concert. Friendship was key. My Amici friends, Mark Lindenbaum and John Monroe, together with their better halves, Margaret Jahn and Meg Monroe, commissioned Ricordi d'Italia. I arranged Two Roman Motets to honor our friends in Italy. And many friends and family attended the Sounds of Italy concert. It was a great pleasure to see them there. One friend flew in from as far away as Arkansas!

Friends in the audience also generously supported our charitable goals. The Oxford Street Brass raised funds for the Mr. Holland's Opus Foundation, and the Amici raised funds to assist in the bringing of a student musician from Italy to attend the 2015 Humboldt State University Brass Chamber Music Workshop in Arcata, California. The Amici and the Oxford Streeters are very grateful for this support.

Brass chamber music may be more popular in the world today than ever before. The Amici Americani relish that tradition and hope to promote brass chamber music on both sides of the Atlantic. Friends joined together in a worthy goal may accomplish great things!